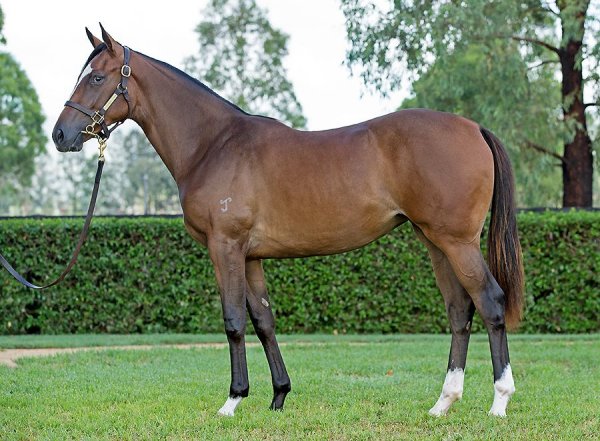 Aliferous is a three year old Hinchinbrook filly who is a sister to two stakeswinners.

She is trained by Kris Lees at Newcastle. Kris is well regarded for his ability to train fillies and mares.

She has won the first of her three races and placed in the other two for a prizemoney total of $37,155.

It's no surprise that Hinchinbrook is on the rise given his race track ability and the depth of his own pedigree but a little statistic that most people don’t know is from his 8 stakes winners 6 are fillies and they are operating at a massive 18% Winners to Stakes horses.

Simple when he gets a nice filly they are deadly.

What is also interesting is that of those 6 stakes horses they are all Bay or Brown- exactly like this girl.

Therefore the fillies where all our radar and the best Hinchinbrook filly in the sale was lot 319 . She is from a highly successful family raced by Pat Carey and already this mare has produced ULUNDI and FURNFORD both whom are stakes winners.

A review down the pedigree highlights that the family produces highly successful fillies and every generation has thrown a genuine Group class filly all the way back for 5 generations.